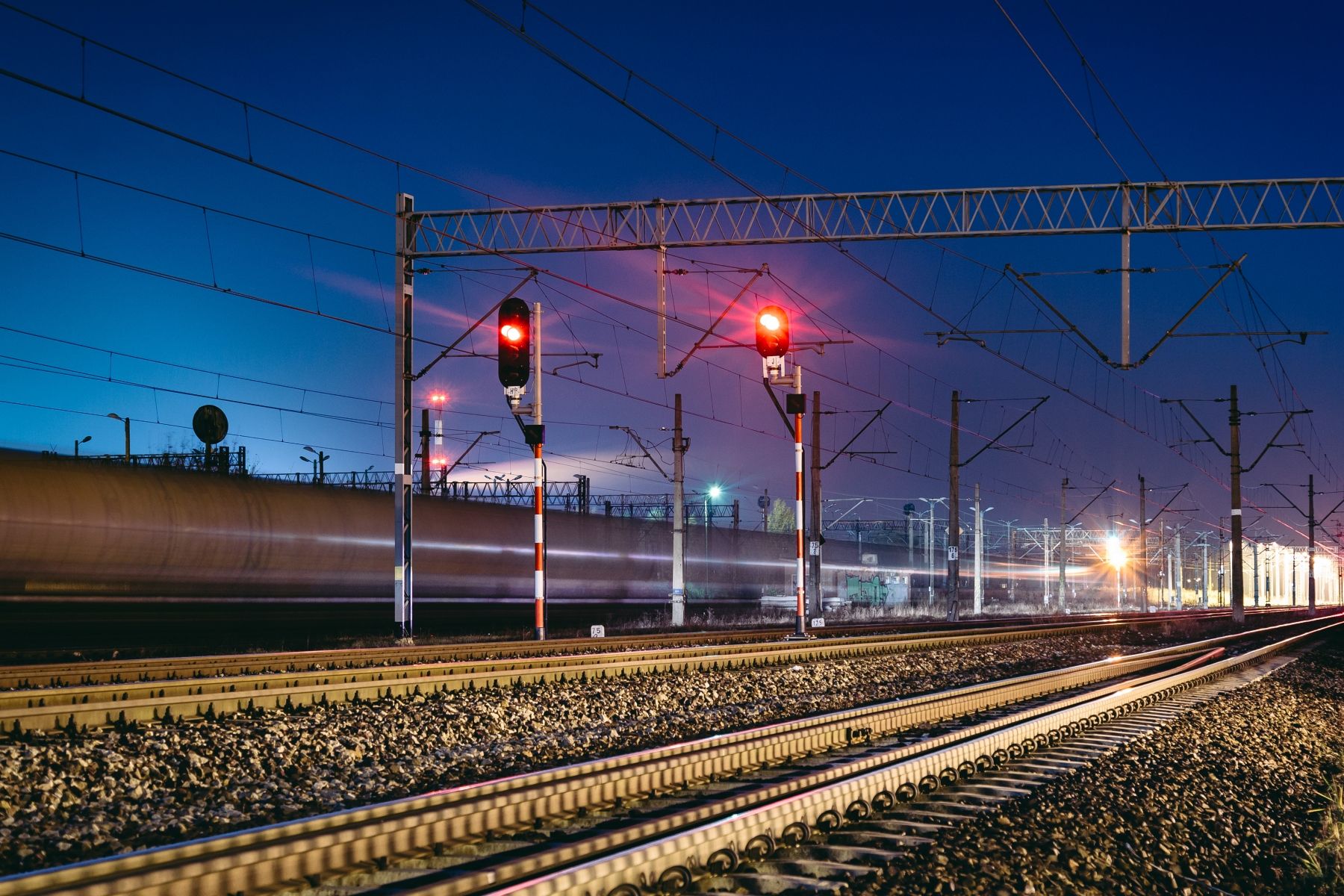 Public transport in Switzerland - an overview of all means of transport

To open this article, I'll venture a self-generated thesis right away

I claim that the quality of a country's public transport can be measured by how the population reacts when a train is slightly delayed.

Or would you in certain countries - to remain politically correct, I won't mention any names here - feel sorry for the announcement: "We are currently running three minutes late. We apologize for any inconvenience."?

Believe it or not, but in this country this minimal delay can already cause red heads and increased heart activity. My humble self not entirely excluded

From the reactions that can be observed time and again in Swiss stations and trains, you will inevitably conclude that public transport in Switzerland must be phenomenal

And there is definitely something to that

In hardly any other country is the public transport network, as dense and well developed as in Switzerland. That's why I will devote this article entirely to public transportation, before detailed information on the available tickets and passports will follow in further articles

1. Switzerland and its trains

When it comes to train travel, Switzerland is a country of superlatives

Across Europe, no nation covers as many kilometers by rail as the Swiss. In 2019, we put a whopping 2,400 kilometers under our wheels per capita. That's about as far as from Rome to Stockholm or from Vienna to Madrid

In addition, Switzerland has been the proud owner of the longest rail tunnel in the world since 2016: the Gotthard Base Tunnel.

This masterpiece of construction replaced the Seikan Tunnel in Japan, which successfully defended its podium position for 28 years. Thanks to the Gotthard Base Tunnel, the travel time between Lugano and Zurich has been reduced by 30 minutes, or 20%

By far the biggest player in the Swiss railroad universe is SBB, short for Swiss Federal Railways (CFF in French and FFS in Italian). Of the total Swiss rail network, which amounts to over 5,300 km, SBB operates a total of 3,236 km

However, SBB is by no means alone in the pack. In 2015, 73 other railroad companies still carried their passengers from Geneva to St. Gallen, from Lugano to Basel and on all other routes in between

1.1 Traveling in the two-class system

Anyone traveling by train in Switzerland has the choice of traveling in either 1st or 2nd class. The two classes differ mainly in the following respects:

Seraina's tip: A good opportunity to travel by train at a reduced price is the limited availability of SBB savings tickets. It may happen that the 1st class fare is lower than the 2nd class fare. It is rare, but when booking a savings ticket, it may be worthwhile to compare the 1st class price as well.

1.2 The different trains in Switzerland

In Switzerland, there are three types of trains: Intercity, Interregio and regional trains. These are shown in red on this overview map, which depicts public transport in Switzerland.

The fastest way to travel is by Intercity trains, which stop at only a few stations. Thus, it is possible to get from St. Gallen to Lausanne with only 10 stops. By comparison, the Interregio makes six stops between St. Gallen and Zurich alone.

Interregio trains run between major cities, but stop at key stations along the way.

The regional trains run the slowest and make a stop at (what feels like) every station. Sometimes they run with stops on demand. This is mentioned either on a digital display on the train or during the announcement. So if you are traveling on a regional train, also known as a "Bummler", you may have to press a button to get off at your desired stop.

1.3 The punctuality of Swiss railroads

Entire doctoral theses can be written, heated discussions held and complex studies drawn up about the punctuality of public transport in Switzerland. For the sake of simplicity, I'll limit myself for the moment to a somewhat casual statement, which will interest you above all if you are short on time

In general, trains in Switzerland are very punctual

Roughly speaking, the punctuality of the SBB is around 90%. So playing poker and hoping that the train will wait for you only leads to a pleasing result in 10%

2. Switzerland and its streetcars

Only four cities in Switzerland have streetcar networks worth mentioning: Zurich, Geneva, Bern and Basel

The streetcars are on the one hand responsible for the fine development in the cities and on the other hand for the development of the surrounding agglomerations. They often run in very dense intervals - sometimes every two minutes - and, in the case of Basel, even extend beyond the national border

Sometimes they seem to come out of nowhere, which can be dangerous, especially for the country bumpkins of this world. Especially near the main station, it's worth taking a second look before crossing the street. Streetcars have right of way over pedestrians and accordingly prefer to ring the bell instead of braking. In the past, this has caused one or the other near cardiac arrest.

If you are aware of this, however, you should be able to live in peaceful coexistence with the streetcars.

3. Switzerland and its city buses

The 125 Busbetriebe der Schweiz are responsible for regional services. The buses usually have one or more points of contact with rail traffic or with other bus lines. These points of contact are usually coordinated in terms of timetables, which makes it relatively easy to get from one place to the next in Switzerland without a car

In terms of frequency, the schedules vary widely. In the city centers, certain lines run every two minutes, while in less densely populated areas they run every 15, 30 or even every 60 minutes.

On the overview map you can recognize the buses by the yellow lines. However, this network is by far not exhaustive and for more detailed representations it is useful to study the bus networks of the individual cities and regions in more detail.

4. Switzerland and its Postbuses

One of the most typical means of transport in Switzerland is the Postbus. Squeaky yellow and in single or double-decker version, they reach even the furthest corner of the country. The more remote you are on the road, the greater the chance that you will encounter a Postbus somewhere

They are especially common in hiking areas, but they also make their way through the traffic in city centers or agglomerations. The postbus network covers over 1,600 km, which is the distance from Anchorage in Alaska to La Paz in Bolivia

As the name implies, postbuses were once responsible for transporting mail. In addition, postbuses also transported people, but at some point it became difficult to reconcile the different needs. Therefore, towards the end of the 20th century, the decision was made to completely separate passenger transport from postal transport

In remote areas, it can happen that the popularly used "Posti" still transports the occasional truth. As a rule, however, you are the only reason why the post bus is fetched from the garage.

Matching the appearance of the postbuses, they are marked in yellow on the overview map. Of course, this is not exhaustive, because otherwise half of the map would be marked in yellow. More detailed network maps can be found here

Seraina's tip: Postbuses are perfect if you plan a hike with different starting and ending points. Often you can reach your starting point by public transport and at the end of your hike you can get on another post bus line. This way you don't have to choose a round trip or do the same route twice. It is best to check the timetable in advance, as the post buses do not always run regularly in remote regions._

5. Switzerland and its long-distance buses

Since the Swiss travel mostly by train, long-distance buses within the country are rather a side effect with a very meager offer.

True, there are several larger bus companies such as Flixbus, Eurobus and Eurolines, which operate across the border without restrictions. But within Switzerland, it is not quite easy to cover a distance by long-distance bus

For example, international bus lines are not allowed to carry passengers who do not have their starting point or final destination abroad. And even within national borders, services are only permitted if they do not significantly compete with existing public transport. Whatever criteria are used to determine this..

The bus companies have to comply with some more rules, which often prevent them from offering connections within Switzerland at all. For you, however, these rules are not relevant. Unless you are interested in the labor law requirements for bus drivers

Sometimes you can find some services between bigger Swiss cities on Eurobus, but even then they only run a few times per day.

Seraina's tip: In my opinion, long-distance buses only offer a really noteworthy alternative to rail travel if you are traveling on an extremely tight budget and want to save yourself the more expensive train ticket with a bus trip.

6. Switzerland and its cable cars

Strictly speaking, very few cable cars belong to public transport and are not co-financed by the state like trains, buses and post buses. Nevertheless, they are an important element for transportation and are shown in black on this overview map

Especially in the tourist mountain areas you will often find them, because they offer a good opportunity to cover certain strenuous ascents or descents during your hikes with much less muscle power.

Most railroads accept the common passports and season tickets - such as the Swiss Travel Pass, the Interrail, the Half-Fare Card or the General Abonnement (GA) - to a certain extent. We will talk about this in another article.

There are definitely ropeways that are completely assigned to public transport. These are those that provide access to areas that cannot be reached in any other way, such as by a post bus line or by train. A list of all Swiss cable cars that are fully part of the public transport network and are within the validity range of the GA and the Half-Fare Card can be found here

7. Switzerland and its passenger ships

Not only by land, but also by water you can get around in Switzerland. As you can see on this now well-known overview map, the larger Swiss lakes, as well as some rivers, have passenger ships. These are often used for recreational activities, since a ship travels much slower than a train or bus

However, there are exceptions, such as the ferry between Meilen and Horgen. This is quite interesting for commuting, since the connection across the lake is much faster than a train or car ride around the lake. Otherwise, the general rule is: Use the boat if you have time, want to enjoy a beautiful view or you always wanted to be on a historic paddle steamer.

An overview of the Swiss shipping companies can be found here

Seraina's tip: Even though a trip on the ship is wonderful in nice weather, a rainy, overcast day also has its charm. First, there are usually fewer people on the road then, and second, the mystical atmosphere that low-hanging clouds and dark mountain sides bring can be very impressive.

Switzerland, public transport and you?

As you can see, Switzerland is well equipped with public transportation. Even though a car can give you greater freedom and flexibility in your travels, reaching the most remote areas is still very possible without your own vehicle.

This list is only a part of our series of articles about public transport. Other articles are dedicated to topics such as the rather complex variety of tickets, the various regional and national passports and the most beautiful train rides in Switzerland.

I hope you're already mentally packing your bags and getting ready to shake your head vigorously at the station in case of a three-minute delay.